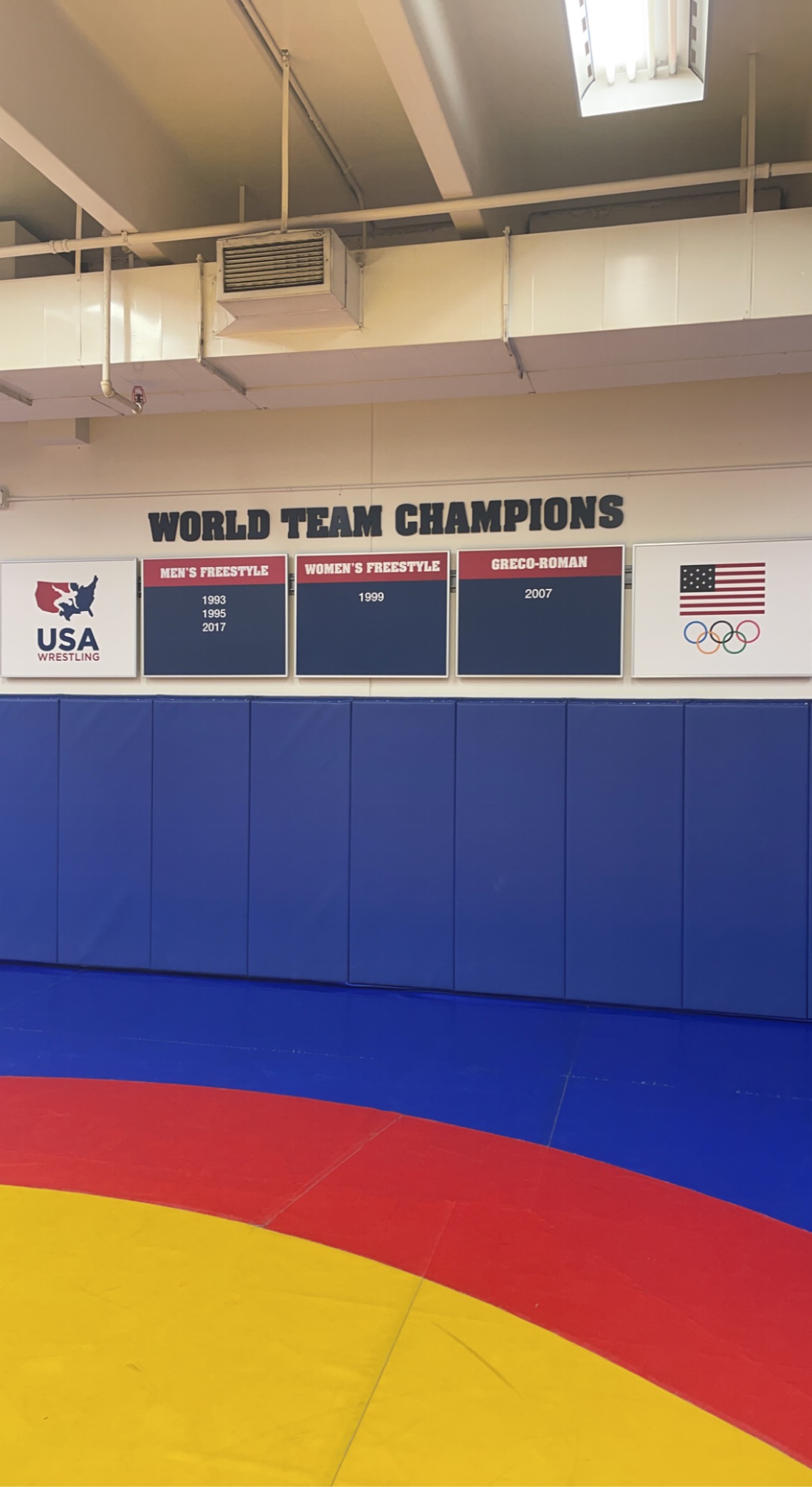 Back to the morning meeting at 8 am! We watched international level film with coach Zadick on transitional sequences in the wrestling room right before our training session.

After team film and instruction, for about 30-40 minutes we worked on leg attacks transitioning into a turn with guts and leg laces. Key points were assessed when finishing a takedown on/controlling the legs, working for a leg lace. When working for a takedown and finishing on the body, looking for guts and locks on the body. Olympic gold medalist, J’den Cox, showed a turn on top with a leg hook and crunching head with elbow pressure. Towards the last 10 minutes of practice, we had to look for different types of turns on top without implementing traditional guts and laces. Instead of the most common transitions, we worked on creative turns and even folkstyle turns to obtain back exposure.

Our next training session of the day was at 4 pm. Following our first practice, we continued to work on takedowns to a turn. After reviewing and implementing transitions, we worked on defending shots to counters, re-attacks, and go behinds. We drilled these sequences for about 20-30 minutes on our own before doing short drills and live situations.

2 – 30 second goes with opponent on edge

2 – 30 second goes being down by criteria