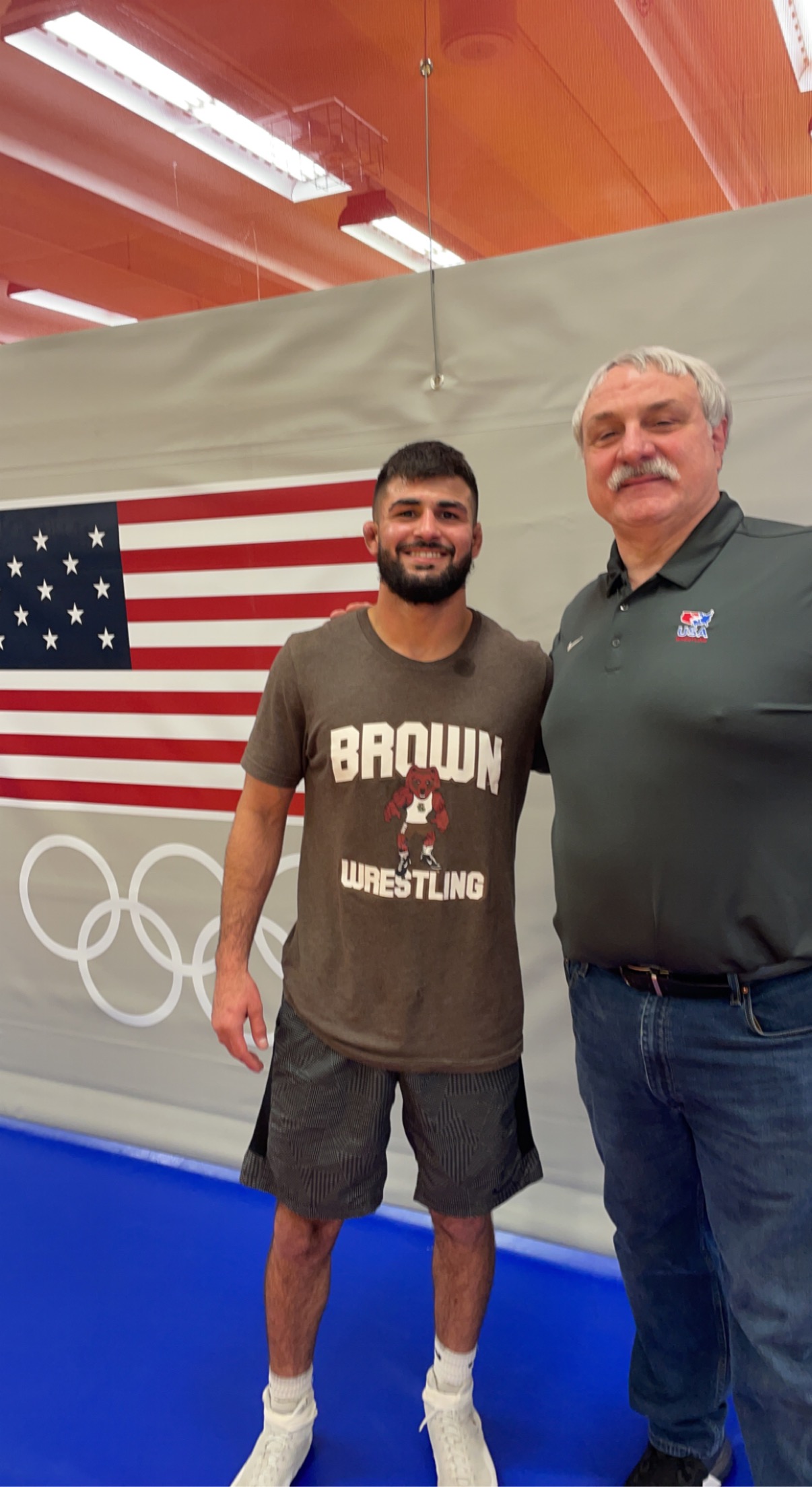 Film in the morning on Baumgartners 1984 Olympic Finals match followed by a training session.

Par Terre was the focus on the third day of camp. During our morning meeting and film session we watched par terre sequences and Bruce Baumgartners 1984 Olympic finals match! Bruce Baumgartner is the USA wrestling president and legend in our sport. He holds the most Olympic and World medals out of any USA wrestler in history!

At the start of our 10 am training session, we had the pleasure to meet USA wrestling president, Bruce Baumgartner! He shared his wrestling experience, knowledge, and lifestyle during his competitive career. A true honor to have had a USA wrestling symbol and icon like Baumgartner in the room watching us train!

Once practice started we went over par terre, focusing on top turns, locks, and positioning. We went over specific locks with turns on top; 3 turns each then switch. Coach Zadick had a key point when going over top turns. If you favor your right side of the body, meaning your right arm and leg are stronger than your left side, roll through to the left side to get powerful turns and vice versa. The coaches also mentioned and made it clear that hips and legs is where all the power in the gut is from and will make the opponent turn. Power in the arms play a factor as well but not as much as the lower body.

After our morning sessions, we had the rest of the day off to recover and relax.