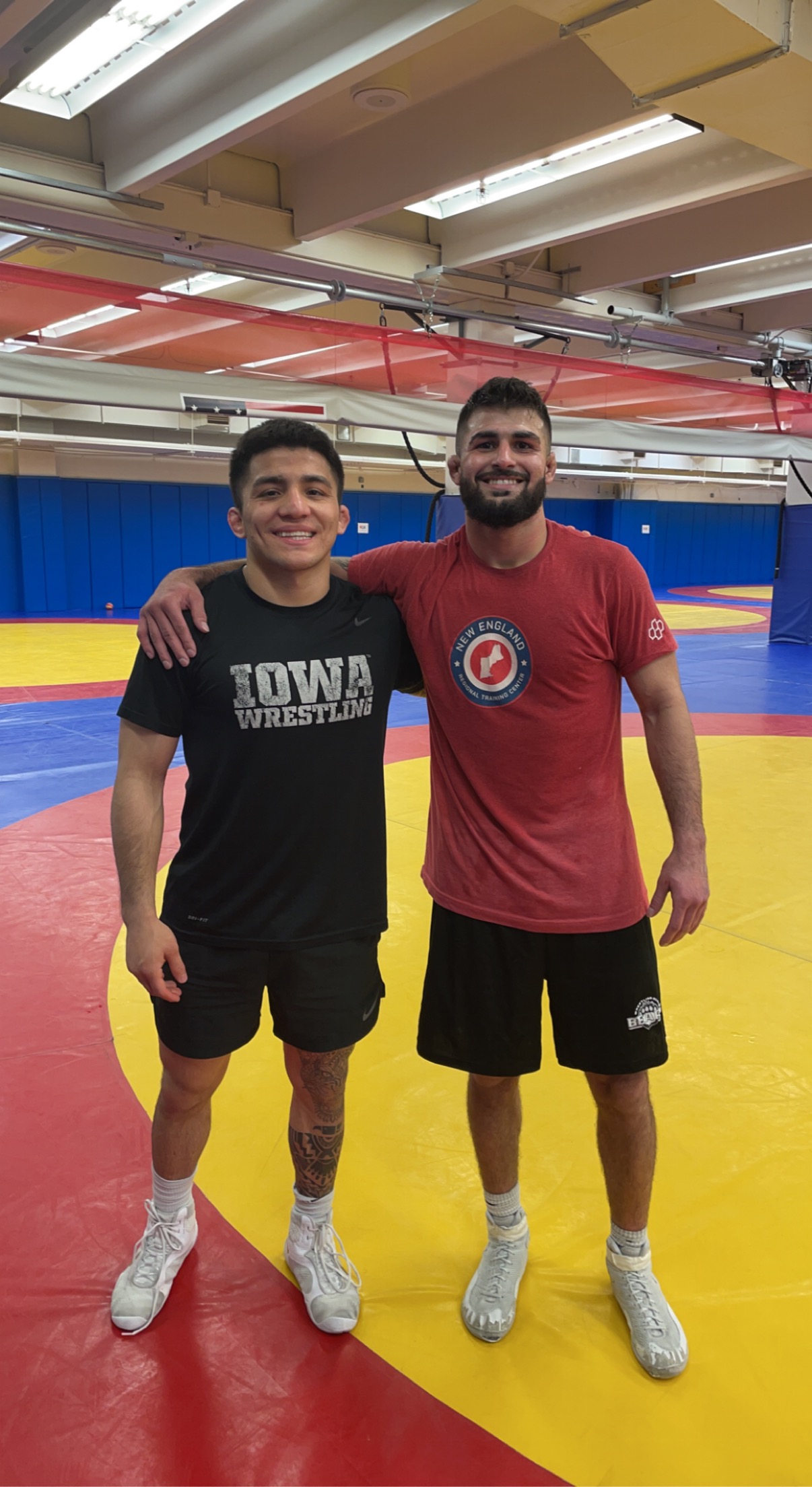 Team film in the morning and two workouts.

Day two of camp started with a morning meeting and film session with Coach Zadick at 9 am. During film, we focused on clearing and controlling ties to our attacks with specific under-hook defense positions.

During our 10 am technique session, we worked through under-hook defensive positions while applying pressure, moving forward, and circling. A key note mentioned by Coach Zadick and Monday was to never move backwards when defending an under-hook; That is when we give up position and the center of the mat. Focusing on not giving up ground and backing up to clear an under-hook. With good position and movement, cover ground and circle to our misdirection single attack. One defensive tactic that I enjoyed was popping our shoulder into our partners’ head to create space and get our head on the same side as the under-hook, now being in an over/under position. Then, we fight under-hook wrist and peel down at elbow to get our own under-hook or controlled tie. After we worked through these defensive positions we started to look for attacks off clearing the under-hook.

In our second training session of the day, we reviewed and continued drilling the positions from the morning practice. Instead of worrying about defending the under-hook, we also worked on catching the under-hook from coming in and using drags, two on ones, wrist, and misdirection’s. After the technique drill, we implemented sparring drills in these specific positions:

2 – 2 minute cycles with an under-hook and looking for attacks off it.

Then another 2 -2 minute cycles blocking/catching the under-hook coming in and using it for an attack.